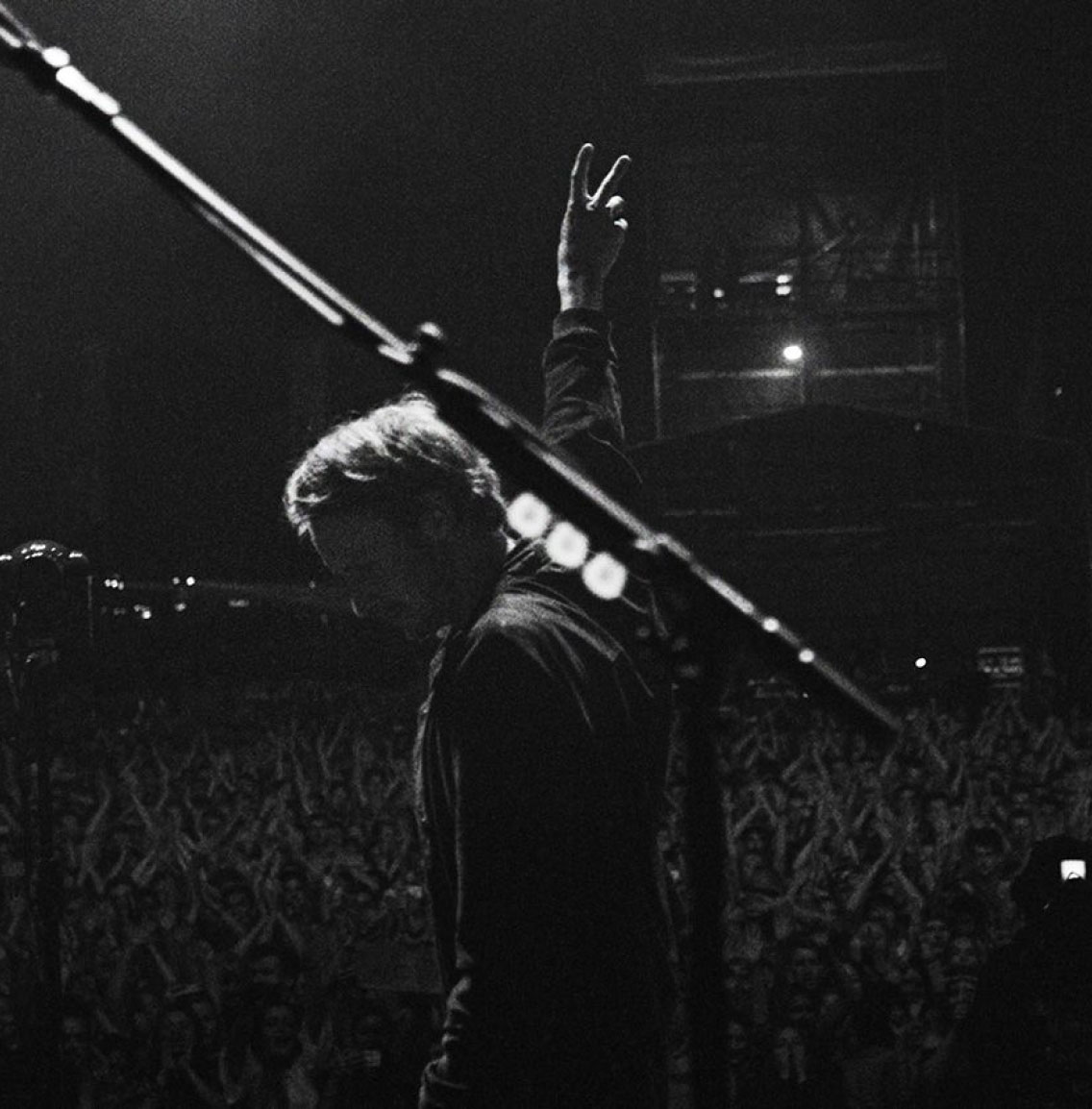 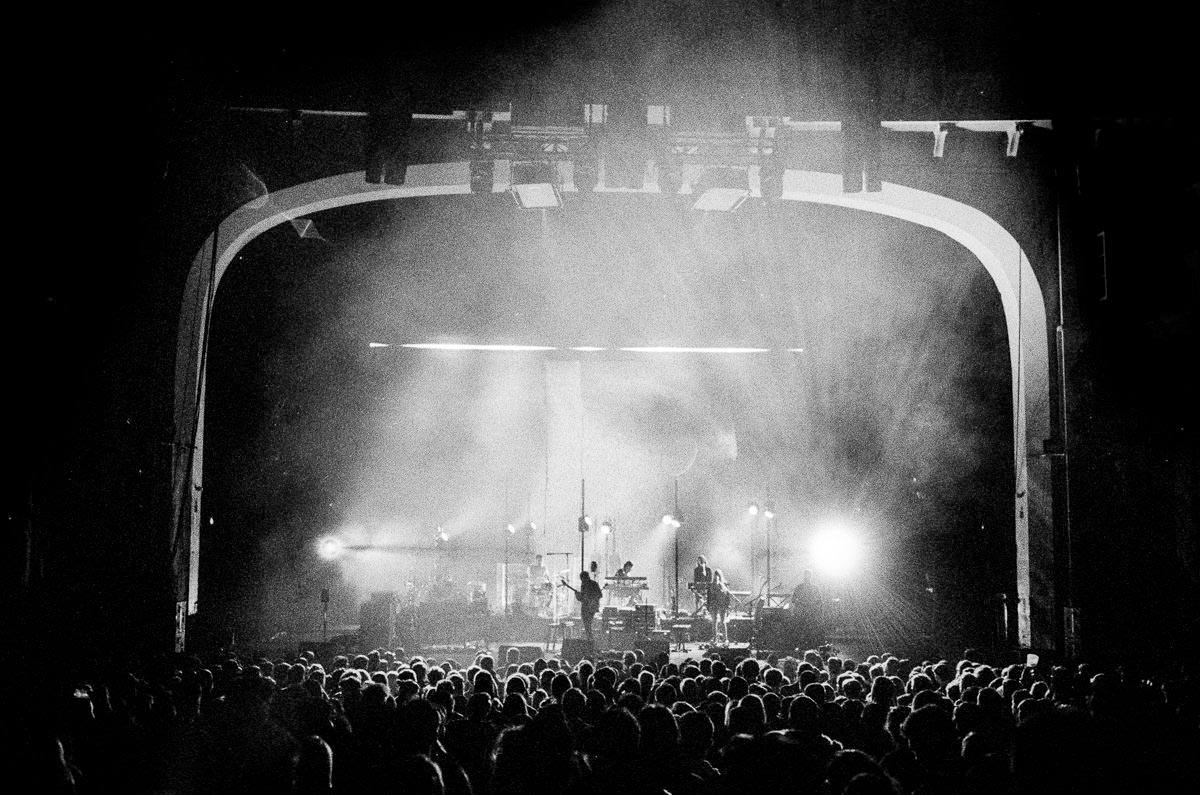 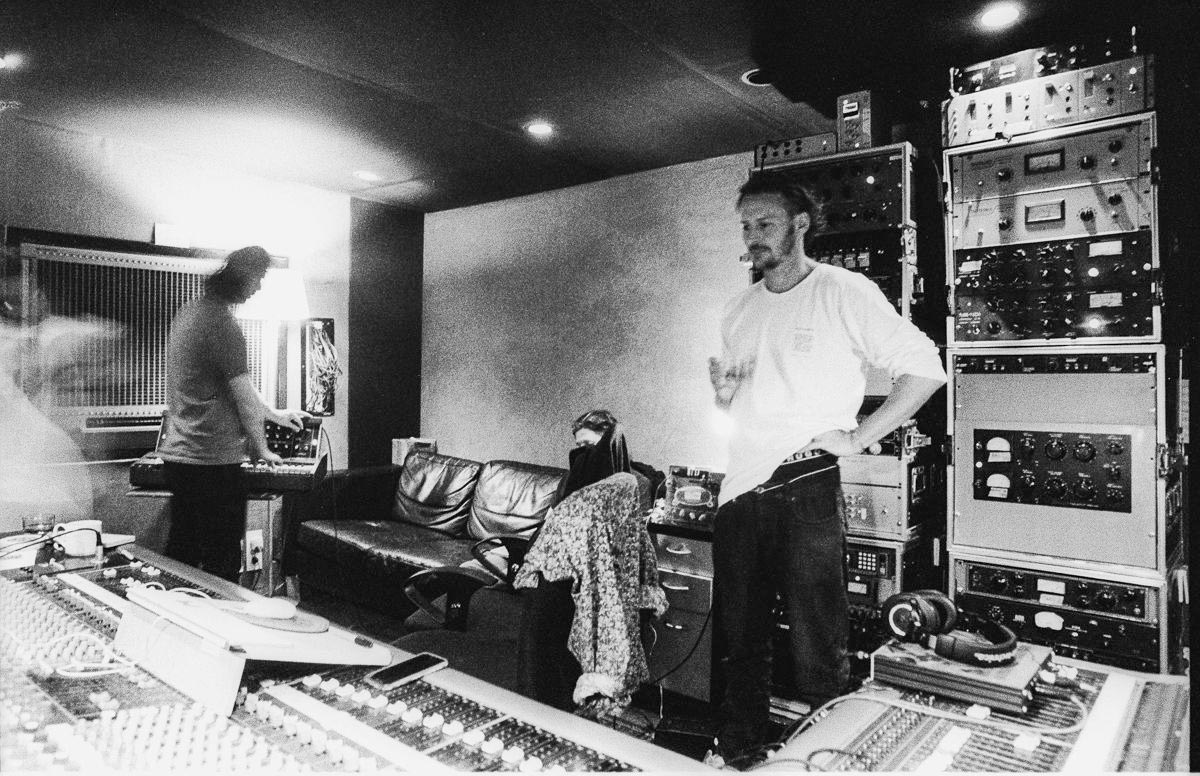 It’s something that stuck with Ben Howard through the making of Collections From The Whiteout. Howard had always approached his albums with a clear idea of what they were going to be, be it the pastoral songwriting of his Brit award-winning 2011 debut, the electrified anguish of its chart-topping follow up, I Forget Where We Were, or the rich atmospherics of 2018’s acclaimed Noonday Dream.

The road to Howard’s fourth album, however, was far more uncertain.

Two summers ago Howard was driving through Portugal listening to People Collective, the collaborative project spearheaded by Justin Vernon and The National’s Aaron Dessner. As Howard crossed the river Tagus, the circular loops of 17-minute track Santa Agnes, written and recorded by the Dessner brothers, captivated him. It captured a moment he was keen not to forget and gave him an impetus to get back home and to work on a new record.

At this point Howard’s fourth album was just a few fragments of ideas. He threw caution to the wind, contacted Dessner and the pair began a process of creative push and pull that would create the finest record of Howard’s career.  Collections From The Whiteout an album in which all the multiple facets and strands of Howard’s talents have coalesced. His roots as a singer-songwriter in the vein of childhood hero John Martyn, the virtuoso guitar playing that adorned I Forget Where We Were’s blood-letting and the love of electronic textures that turned that all on its head and inside out on Noonday Dream… it’s all present here, but recalibrated to forge a new sound that is both impossible to pin down and unmistakably his.

Collections From The Whiteout was made in a state of near permanent transience as Howard flitted between New York, Devon, his home in Paris and back again to record with Dessner. For the last 18 months, however, he’s been enjoying the stability of his new home in Ibiza. His parents are nearby, he and his father tend to the land around the house and down the road was where his grandfather, a former beau of the Velvet Underground’s tragic chanteuse Nico, set up a jazz bar in the 1960s. It’s from here that he put the finishing touches on the record, as he and Dessner exchanged final mixes online.

When Ben travelled alone to New York, it was with an open-mind and a head full of ideas. He was keen to delve more into the sphere of tape loops and FXs (still inspired by that drive through Portugal listening to Saint Agnes), and to putting his guitars through a “spaceship of pedal boards”, but also to perhaps embrace the notion of collaboration that was so imperative to Dessner but perhaps less familiar to the Ben of old who relied on his trusted crew of familiar faces.

But if you’re opening the door to a producer’s input, you might as well leave it ajar for some new players too. Aaron has hands and feet in all the pies, and he opened up his contacts book to pepper the stew.  Yussef Dayes, one of the UK’s most innovative young drummer/producer’s, especially in the field of jazz features, as does Kate Stables from This Is The Kit, James Krivchenia from Big Thief, Kyle Keegan from Hiss Golden Messenger, and Aaron lent his hand too where needed. Thomas Bartlett, St. Vincent’s go-to pianist, and Rob Moose, a long-standing arranger of strings for Bon Iver and collaborator to Laura Marling, Blake Mills, and Phoebe Bridgers is also present, seasoning the mix accordingly. Long-term guitarist to Ben’s band, Mickey Smith, remains a reassuring constant.

Whereas Howard’s previous two records featured more than their fair share of personal soul-scraping, this time around he wanted to look outwards. Stories sifted from the news provided the inspiration for a selection of vivid narrative snapshots – the death of amateur sailor Donald Crowhurst; Russian fraudster Anna Sorokin; Richard Russell, the man who stole and crashed a plane in Seattle; the dismembered body a friend of his father found in a suitcase floating along the Thames; an England puffed up into absurdity by political outrage and infighting all fed his songs. Yet as we wrote, his own interior world crept in.

“I had a phase where it was going to be a concept record. I didn’t feel like I had loads of stuff about myself that I wanted to write about so I was cherry picking bits of news feeds and little interesting stories,” he recalls. “Then when you tinker with it, you try and fit words in, you stretch it and then all of a sudden your normal tics start feeding into it and songs end up being partly about yourself partly about someone else. It’s sort of an amalgamation,” he pauses, before adding with a laugh. “I wanted to write a concept record, but I got distracted.”

That duality has created a record that sits majestically between worlds. Though it lies within an unmistakably modern sky scraper of sound, the beautiful ode at the heart of You Have Your Way could have been sung for centuries. Similarly, as it bumps along a distorted electronic crunch, Sage That She Was Burning takes a contemporary tale of a life lost to excess but presents it within the vernacular of ancient folk tradition.

“I’ve always had an inclination towards Celtic and English folk. I listen to a lot of old Irish rebel music – that’s my Sunday morning jam,” he deadpans. “But rather than copying a style, I’m really keen on the amalgamation of styles and how you can fuse things together.”

It means that while the bramble patch blues of Buzzard harks back to 60s troubadours Bert Jansch and Davey Graham, The Strange Last Flight Of Richard Russell’s epic tone poem owes more to Brian Eno and The Durutti Column. Leaf through the sounds here and you might find shades of Neil Young or Townes Van Zandt, but also minimalist composers Steve Reich and Ryuchi Sakamoto. Yes, What A Day is possibly the most beatific, sun-kissed song you’re likely to hear this year, but it’s soon followed by Finder’s Keepers  – atonal static and non-rhyming metre slowly building up a picture fraught with dread and trauma.

It shouldn’t work, but it does, suggesting an artist fully in control and at peace with what he does.

“I feel comfortable at the moment in terms of finally understanding what I do. Before I was just exploring things and not understanding what I did as a songwriter and not having any composure with it,” he reflects.  “Now I feel more confident of being able to run with ideas. I feel quite happy to explore weird ideas. If I want to write a song about a body that’s found in the river, then that’s alright. I can write songs and not be too precious and kill the muse early on.”

Far from it. Collections From The Whiteout shows that Ben Howard’s muse has never been in finer fettle.